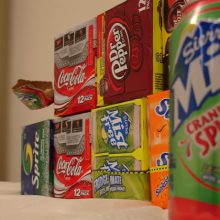 googletag.cmd.push(function() { googletag.display(‘VN_PG_DTAT_ATF’); }); Soda tastes so good…until you realize what it’s doing to your body, that is. Called pop where I come from, this carbonated stuff is one of the most widely consumed beverages in the country. Not surprising, since it tastes like a bubbly stream of heaven. But can that tasty stream drown you? Unfortunately, the answer may be yes. In fact, researchers have spent a lot of time and money to show us exactly […]