Their Engagement Party Was Very Normal. What Happened After That Left Me In Tears.

Aly and Anthony Femia got engaged on December 14, 2012. Ever since that moment, they have been excitedly planning the day that would mark the beginning of their life together. When the happy couple originally celebrated their engagement, they were planning on getting married in September 2015. They wanted to wait until Aly finished graduate school and Anthony recovered from shoulder surgery. But then, something tragic happened that made them rethink everything.

Aly and Anthony were happily engaged. 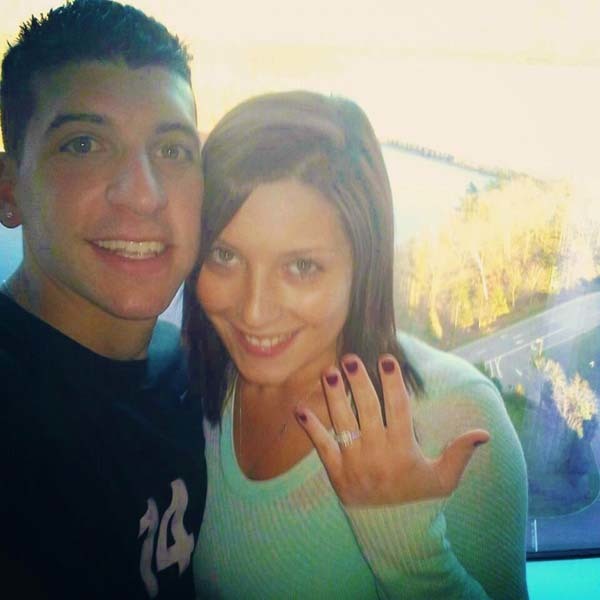 They knew that they were meant to be together, but never expected tragedy to change their plans. 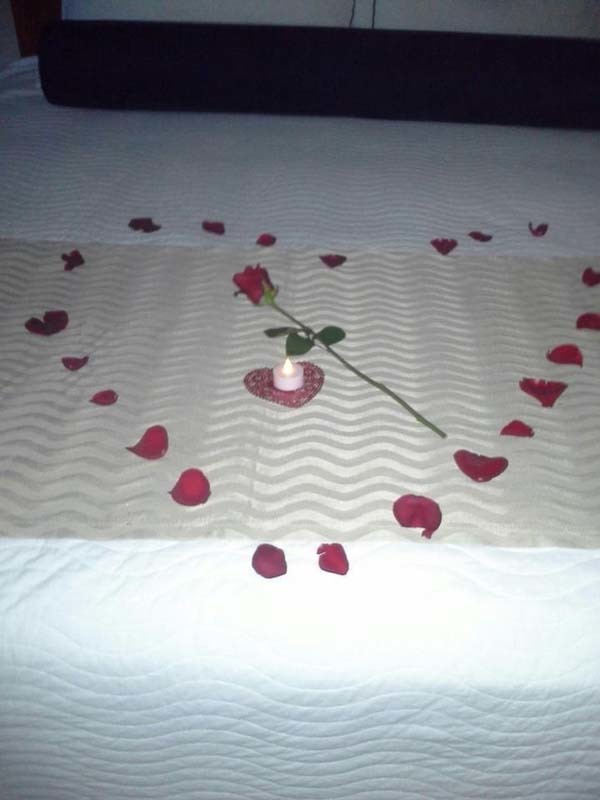 The couple originally planned on a fall wedding in 2015. 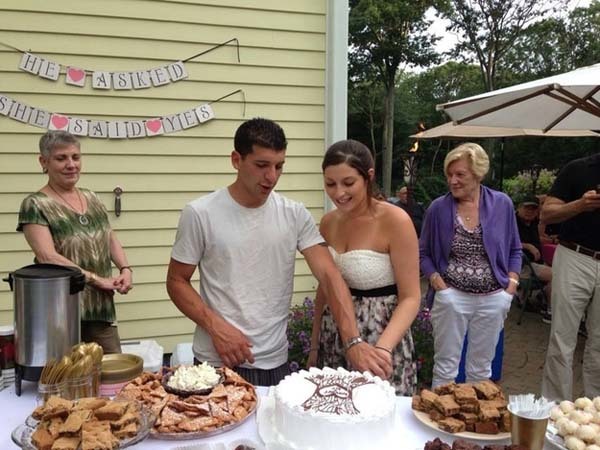 But then, last week, Aly’s mother received dreadful news after going to the doctor for a pain in her neck.

Her mom, Mary Quinn, unexpectedly discovered that she had lung cancer that spread to her brain.

Everyone hoped there would be treatment options, but unfortunately there weren’t. Mary had just a short time to live. 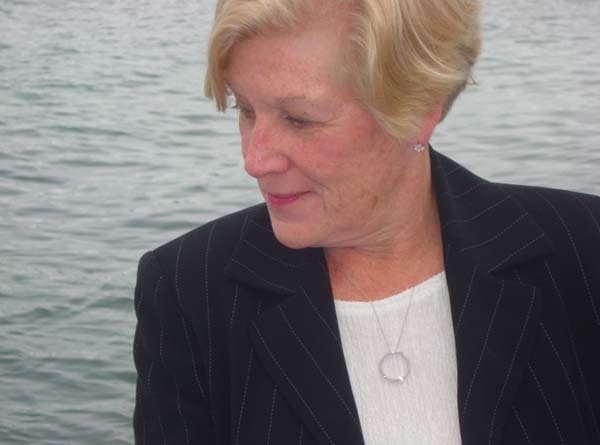 Aly asked the doctors when she should have her wedding so that her mother could see. 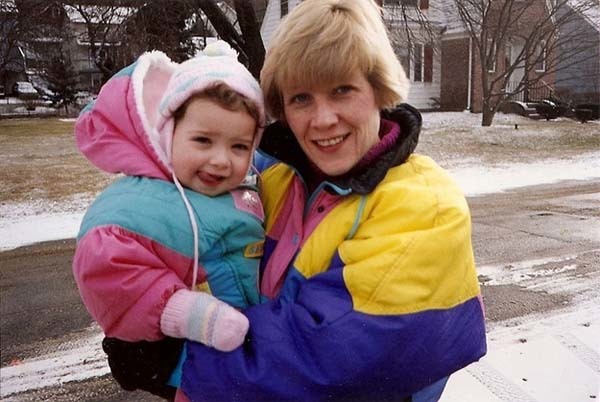 So in 24 short hours, both families and the hospital staff put together a wedding. 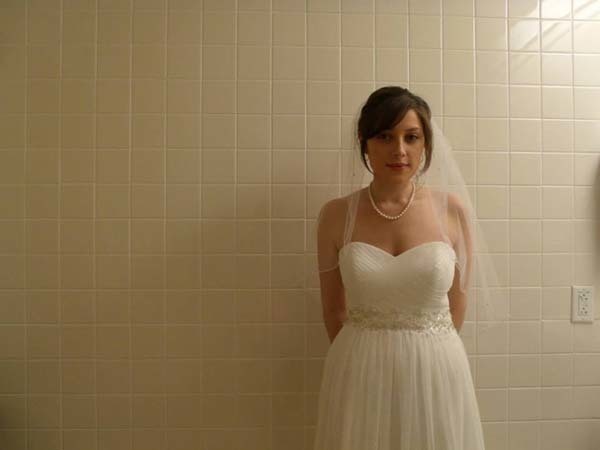 In just a few hours the bride was able to find and purchase a dress. 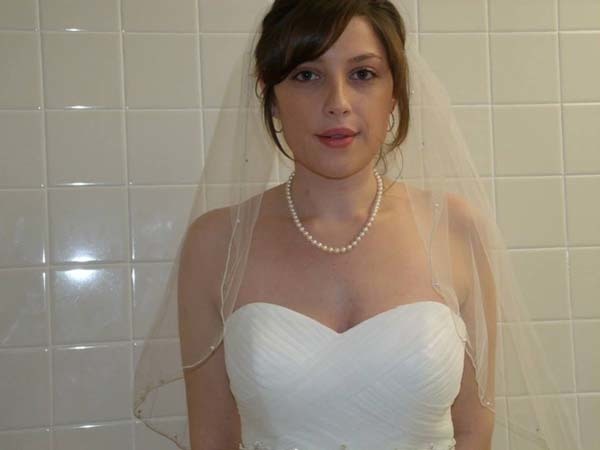 Plus, the couple were able to obtain their marriage license. 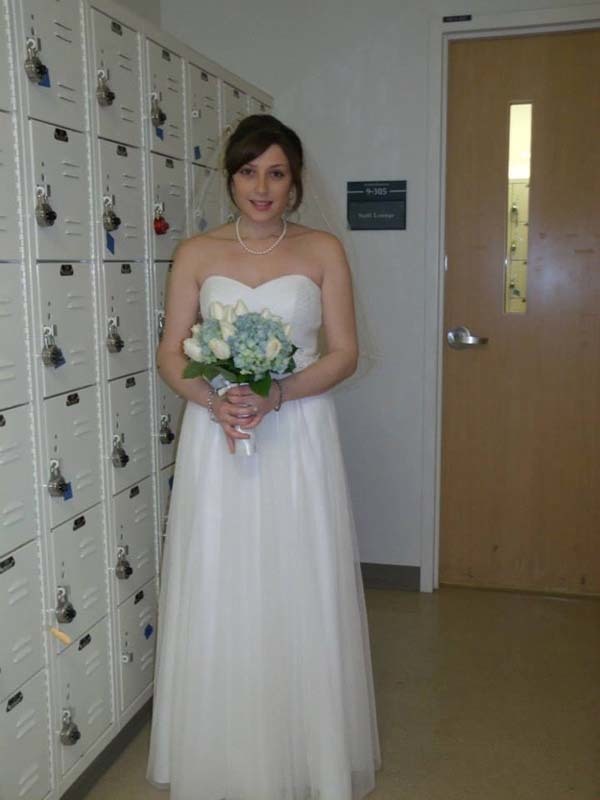 The wedding was officially held on January 29th, 2014. 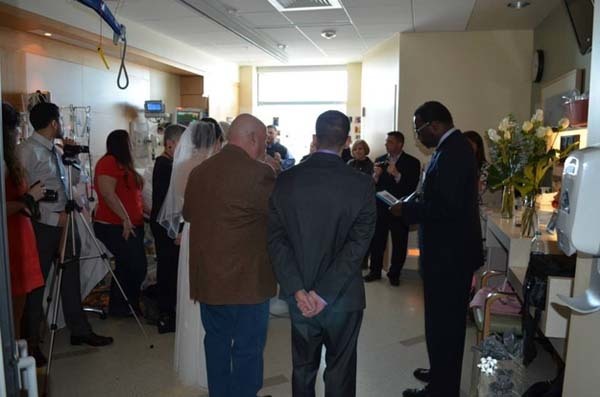 Aly was so grateful for the helpful hospital staff. Without them, she didn’t think the wedding would have been possible. 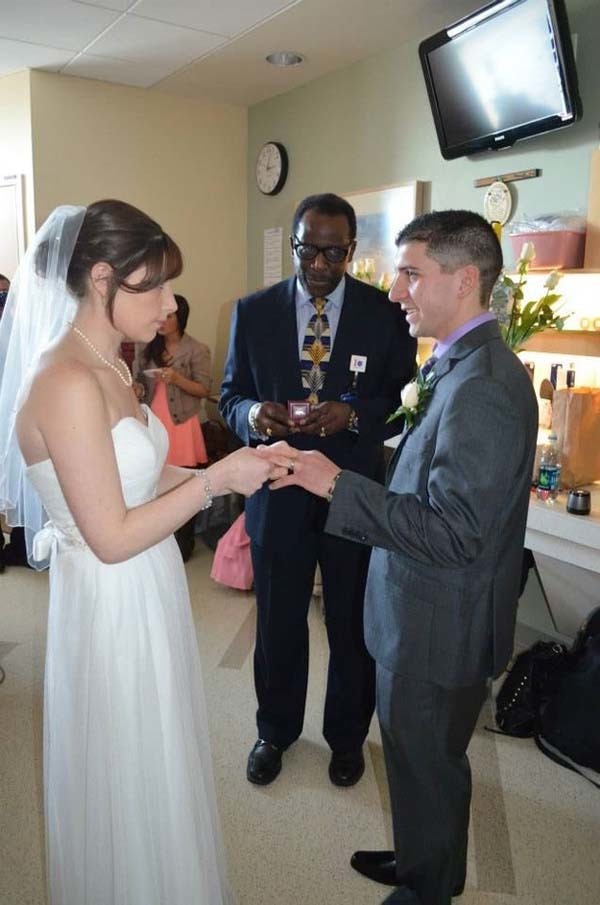 A group of them bought Aly a bracelet (“something new”) as a present to wear during the ceremony. 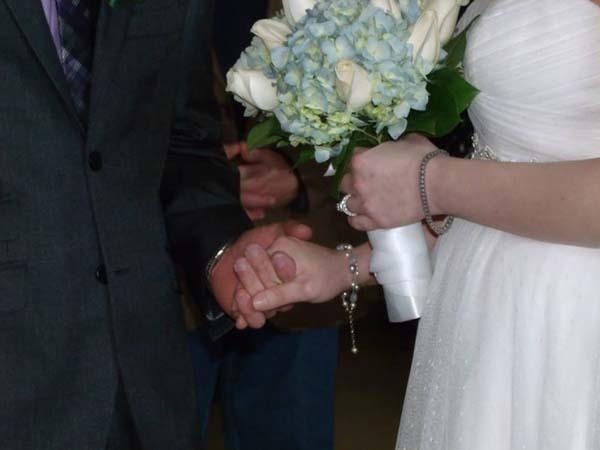 Her family brought in her grandmother’s handkerchief, too (“something old”). 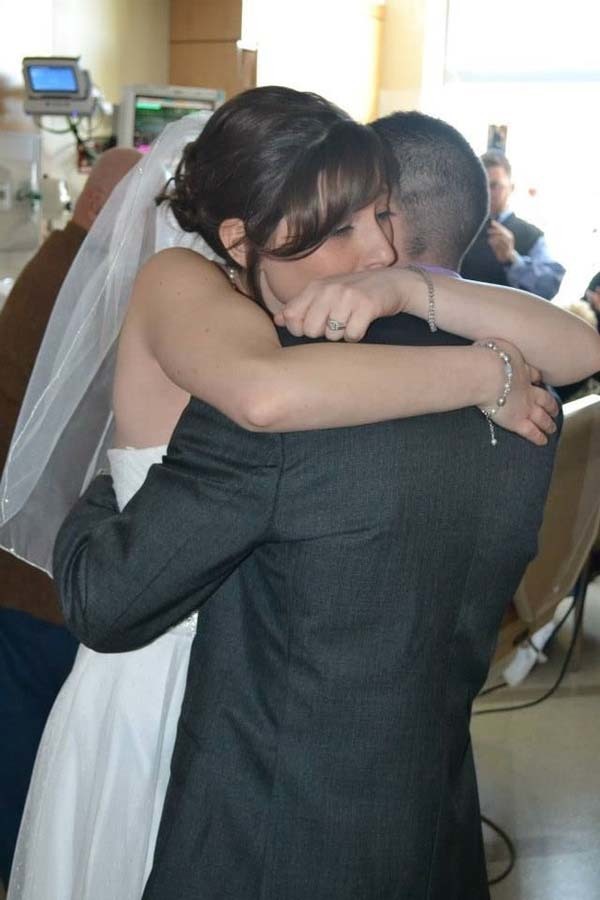 The hospital also donated flowers and a cake for the special day. 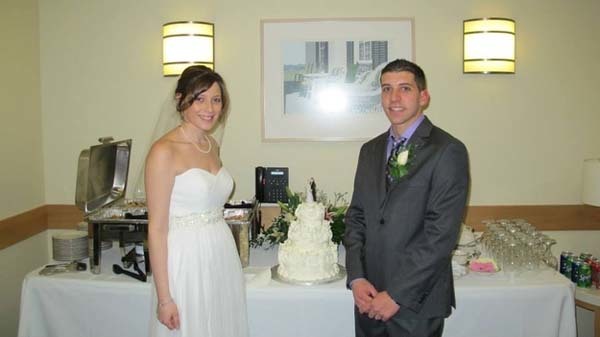 Then, the doctors, nurses and other staff were present for the wedding. 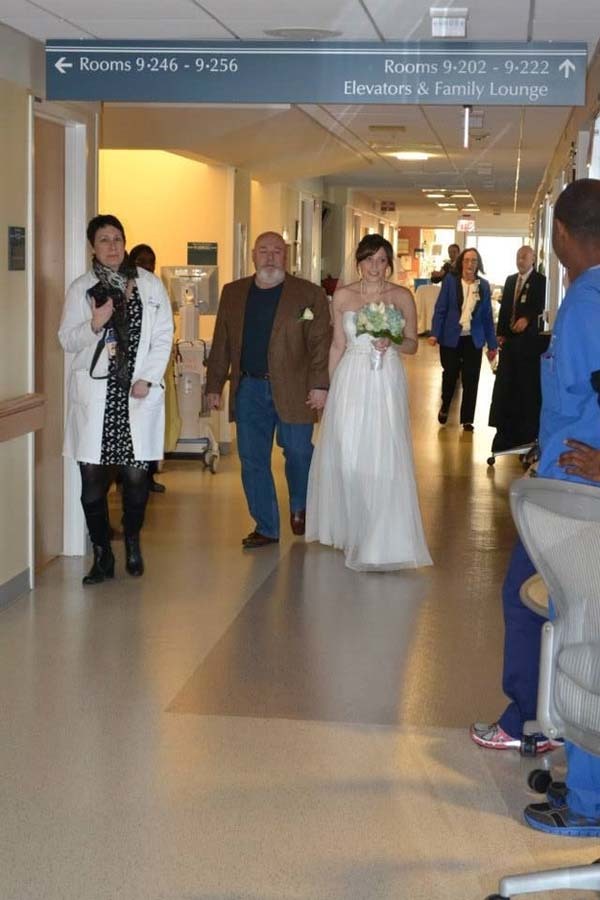 Aly’s stepfather walked her down the aisle. 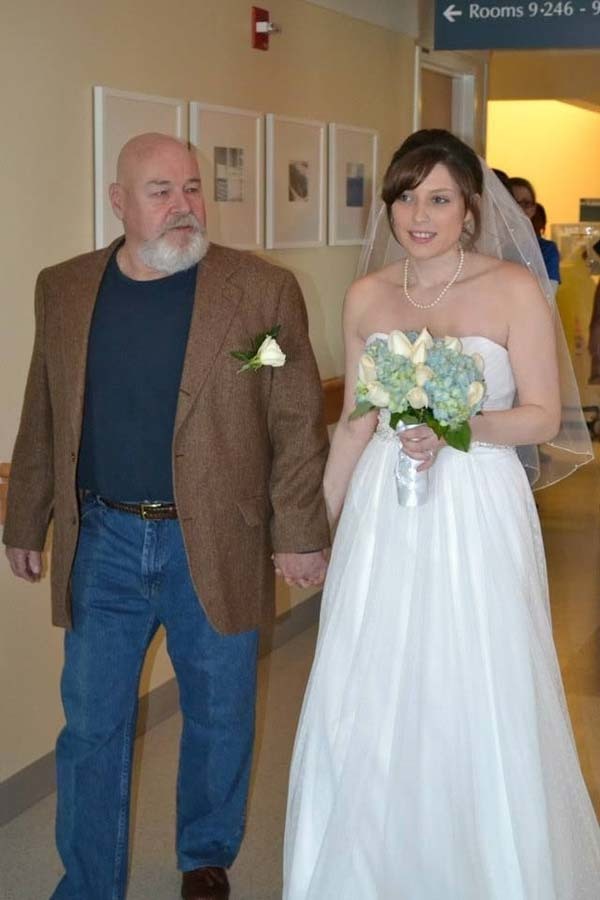 He and Aly were very close and he loved her like his own daughter. 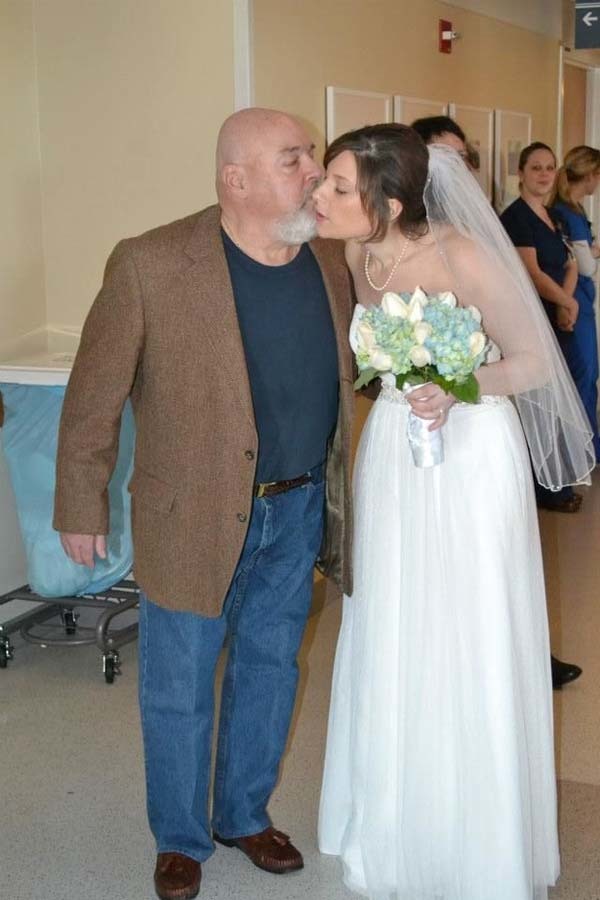 The family so beautifully was able to handle such a tragic situation. 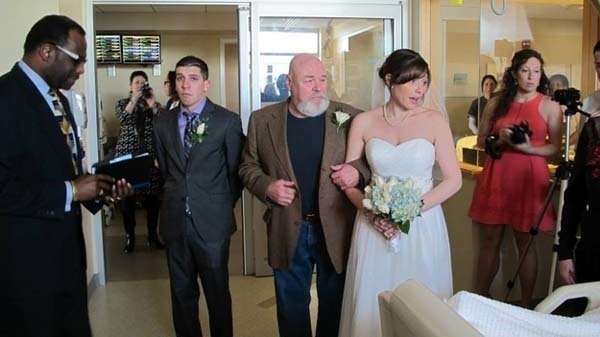 That day was nothing but love and happiness, no matter what the other circumstances were. 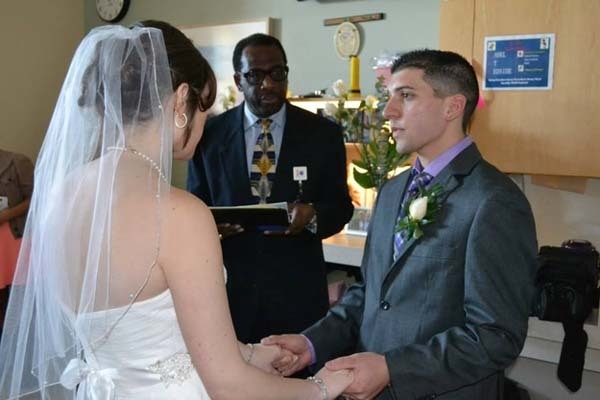 Aly was just so happy that her mother was able to see her get married in a white, beautiful dress while wearing a string of her own pearls. 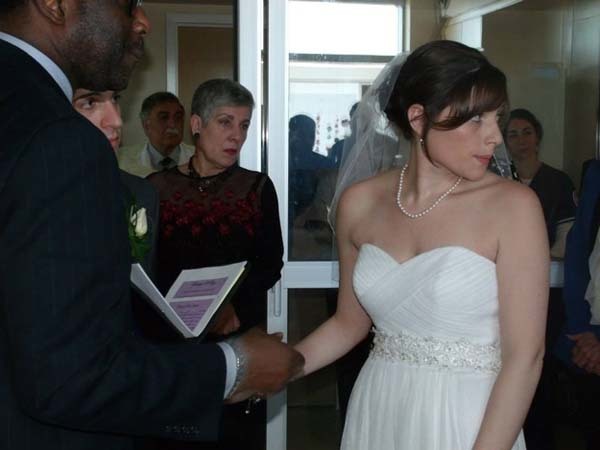 Unfortunately, her father wasn’t there to see it. She lost him 16 years ago to metastatic lung cancer.. 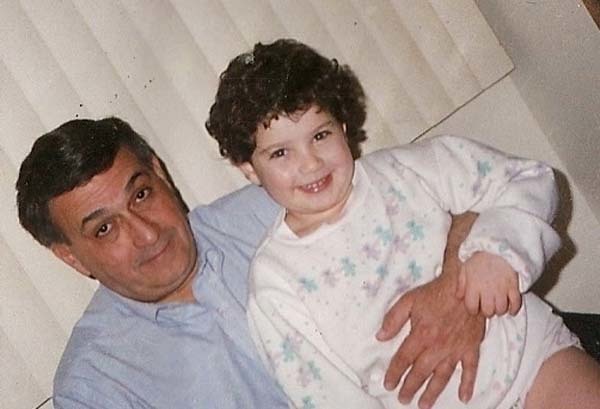 This family responded to tragedy so well. Instead of focusing on death, they focused on love and happiness. 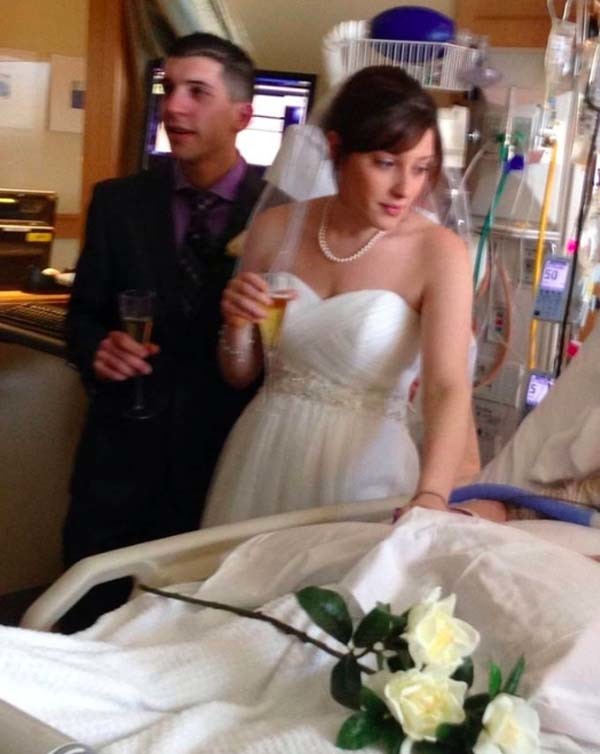 Aly and Anthony were so happy to move their day up so that Mary could be there. 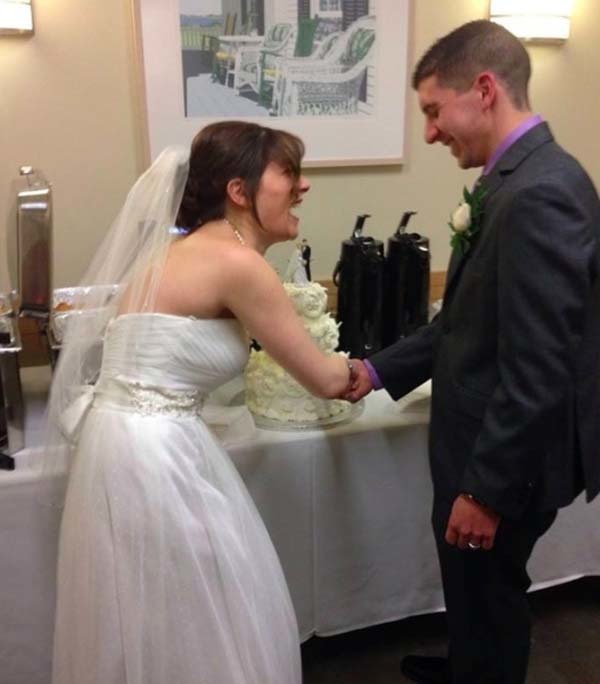 It was a perfect wedding. 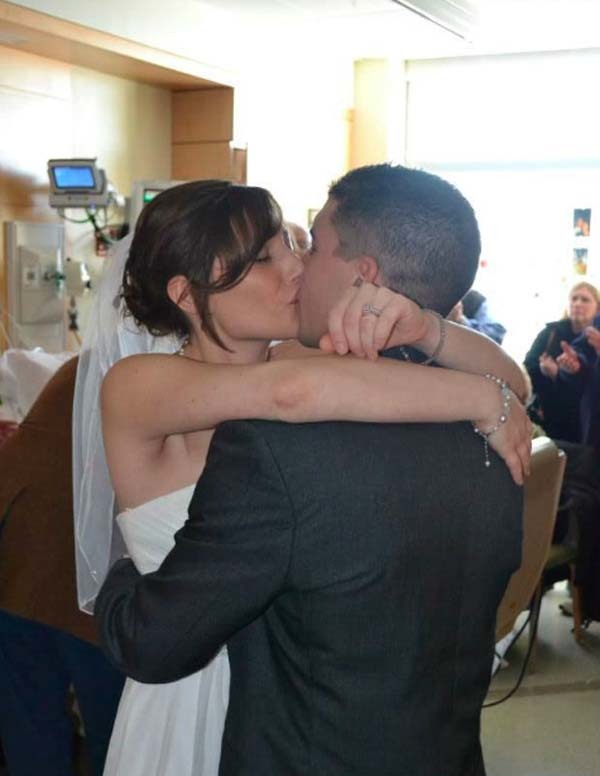 Cancer is a terrible disease, it can strike quickly and without warning. When families full of love, though, face these kinds of tragedies… they can find ways to overcome it. Even if they can’t beat the sickness. We wish the Femias all of the joy in the world and we hope Mary Quinn enjoyed watching her beloved daughter get married. Source: buzzfeed.com All of these wonderful people are truly an inspiration, including the hospital doctors and staff. Share this heartwarming story with others.