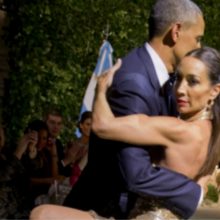 Obama says his top priority now is fighting ISIS …. but he also said global warming is our biggest threat….. I don't get it? — Dagwood Bumstead (@Daggy1) March 26, 2016 President Obama (along with John Kerry) has said that “climate change” is the greatest priority for his administration as far as national security threats go. In today’s weekly address, Obama switched it up a little bit, perhaps after having time for some soul searching while doing […]