Here’s The Most Epic Secret Santa Exchange I’ve Ever Seen. This Is Hilariously Brilliant. 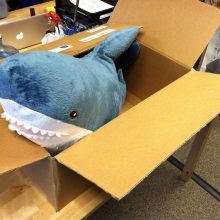 Every year Reddit.com does a record breaking Secret Santa gift exchange. Last year in 2012, over 44,000 people across 130 countries came together to break the world record for the largest Secret Santa ever. What’s awesome is that this year they managed to TRIPLE those numbers. This year redditor crespokid got sickgnasty in the exchange, and decided to have some real fun with the whole thing. When sickgnasty opened up the package and read the card he realized he had something special and […]