There Are Plenty Of Makeup Tips Online, But These Are Just Heartbreaking

More than 62 percent of women in Morocco have suffered from gender-based violence. About 55 percent of these women have also become victims of domestic violence at least one point in their lives. It goes without saying that this is a serious problem that needs to be addressed by the North African country, but one of its television channels has done so in the worst way possible. Channel 2M recently featured a makeup tutorial, but nothing about […] 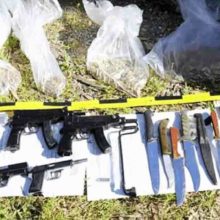 Secretary of State John Kerry is apparently scaling back his response to terrorist attacks in Europe. Paris, where more than 120 were killed a day after President Obama declared ISIS “contained,” was treated to an acoustic performance by James Taylor, while Brussels, where nearly two dozen were killed in coordinated suicide bombings, had to settle forKerry’s condolences. In the meantime, authorities overseas have been busy trying to prevent future attacks. We don’t want to appear Islamophobic by […]