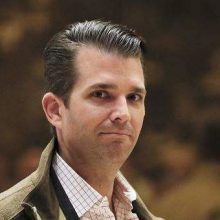 The New York Times is out with a scoop tonight that says Donald Trump Jr. met with Kremlin-linked lawyer after he was promised damaging information on Hillary Clinton: Breaking: Trumps Son Met With Russian Lawyer After Being Promised Damaging Information on Clinton, via @nytimes https://t.co/FIvPU5VEbw — Steve Kopack (@SteveKopack) July 9, 2017 From the article: In a statement on Sunday, Donald Trump Jr. said he had met with the Russian lawyer at the request of an acquaintance. […]