It takes a lot to publicly admit mistakes in this arena. Kudos to @pfeiffer44 for admitting his error to Krauthammer. http://t.co/0xK0h3dD

Charles Krauthammer took a load of Twitter abuse earlier this week from White House communications director Dan Pfeiffer and others over his “ridiculous claim” that the White House had returned a bust of Winston Churchill to the British Embassy.

Krauthammer today recycles the false rumor that POTUS gave back the bust of Winston Churchill. Get the facts here http://t.co/1b4YfuAe

I take your criticism seriously and you are correct that you are owed an apology. There was clearly an internal confusion about the two busts and there was no intention to deceive. I clearly overshot the runway in my post. The point I was trying to make – under the belief that the Bust in the residence was the one previously in the Oval Office– was that this oft repeated talking point about the bust being a symbol of President Obama’s failure to appreciate the special relationship is false.  The bust that was returned was returned as a matter of course with all the other artwork that had been loaned to President Bush for display in his Oval Office and not something that President Obama or his Administration chose to do. I still think this is an important point and one I wish I had communicated better.

A better understanding of the facts on my part and a couple of deep breaths at the outset would have prevented this situation.  Having said all that, barring a miracle comeback from the Phillies I would like to see the Nats win a world series even if it comes after my apology.

Kudos to Pfeiffer for acknowledging his mistake. As Churchill himself said, “Men occasionally stumble over the truth, but most of them pick themselves up and hurry off as if nothing ever happened.”

But more kudos to all the conservative social media users who helped put pressure on Pfeiffer and prevented him from hurrying off as if nothing happened.

Not everyone was impressed:

Apology or no, @pfeiffer44 is an embarrassment. Hot-headed bloggers rant first & apologize later, not high-lvl WH staffers on official site.

.@pfeiffer44 can’t even tell the truth in an apology. He says the bust was returned as a matter of course. Not so much. http://t.co/BcaK67j5

Of note to some Twitter observers: As of 8:40 p.m. Eastern, Pfeiffer had not tweeted the apology or link to his White House statement. 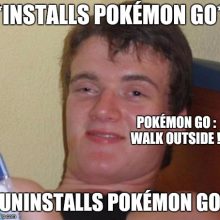 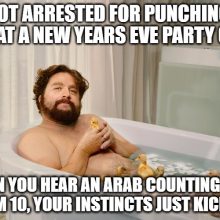