Vox: ‘Obsession’ about Ottawa shooter detail reveals a lot about … us!

Are you ready for a triple-shot of Voxsplaining about the attack at Parliament Hill in Ottawa, Canada yesterday that left a soldier dead?

Our obsession with the Ottawa shooter's religion reveals more about us than about him http://t.co/fEaCnVrCuz

Our obsession with the Ottawa shooter's religion reveals more about us than about him: http://t.co/elHWsmHWnf

Our obsession with the Ottawa shooter's religion reveals more about us than about him http://t.co/99UQTreQnz via @voxdotcom

If you noticed that the shooter was a convert to Islam, according to Vox, you need to spend more time on self-reflection!

@jcopella Weird how we're "obsessed" with people who want us dead.

A new low –> RT @voxdotcom: Our obsession with the Ottawa shooter's religion reveals more about us than about him http://t.co/C83K1gXqmz

@Max_Fisher @voxdotcom No it reveals more about you. Political correctness more valued than the security.

And what does this article reveal about @Max_Fisher? A similar knee-jerk reactionary protectionism of Islamism from its critics? @voxdotcom

@ezraklein sort of? But both terrorist had their passports revoked. Islamic radicalism is a real threat. That is why they focused on it.

@voxdotcom your denial of the relationship between his actions and his Islam reveals an awful lot about you.

@Max_Fisher Was he a member of the Tea Party? That's always important. @voxdotcom

@CounterMoonbat No time for that. Hobby Lobby won't cover abortifacients.

‘Portrait of a hero’: This photo of Sgt.-at-Arms Kevin Vickers is ‘rather Bondesque’

ShareTweet
Comments Off on Vox: ‘Obsession’ about Ottawa shooter detail reveals a lot about … us! Obsession, Ottawa, Vox 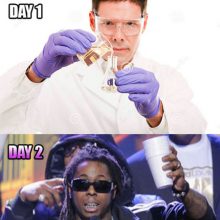