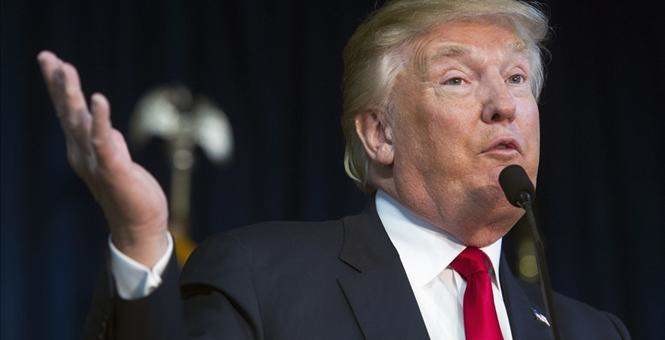 Earlier this week Republican presidential frontrunner Donald Trump met with the Washington Post for an interview with their editorial board.

Washington Post decided to release a full transcript of the meeting, which prompted more than observers to notice something rather strange about the interview:

OMG, I control F-ed "hands" in the transcript of the Post Trump meeting. 23 RESULTS! https://t.co/N18EFQR0Fy

Does anyone want to give us an official count?

"My hands are fine. You know, my hands are normal. Slightly large, actually." https://t.co/oIVdkz60fG

Here’s an excerpt of the transcript from Washington Post:

HIATT: Just back to the campaign. You are smart and you went to a good school. Yet you are up there and talking about your hands and the size of private

HIATT: Do you regret having engaged in that?

TRUMP: No, I had to do it. Look, this guy. Heres my hands. Now I have my hands, I hear, on the New Yorker, a picture of my hands.

MARCUS: Youre on the cover.

TRUMP: A hand with little fingers coming out of a stem. Like, little. Look at my hands. Theyre fine. Nobody other than Graydon Carter years ago used to use that. My hands are normal hands. During a debate, he was losing, and he said, Oh, he has small hands and therefore, you know what that means. This was not me. This was Rubio that said, He has small hands and you know what that means. Okay? So, he started it.

So, what I said a couple of days laterand what happened is I was on line shaking hands with supporters, and one of supporters got up and he said, Mr. Trump, you have strong hands. You have good-sized hands. And then another one would say, You have great hands, Mr. Trump, I had no idea. I said, What do you mean? He said, I thought you were like deformed, and I thought you had small hands.

I had fifty people Is that a correct statement? I mean people were writing, How are Mr. Trumps hands? My hands are fine. You know, my hands are normal. Slightly large, actually. In fact, I buy a slightly smaller than large glove, okay? No, but I did this because everybody was saying to me, Oh, your hands are very nice. They are normal. So Rubio, in a debate, said, because he had nothing else to say now I was hitting him pretty hard. He wanted to do his Don Rickles stuff and it didnt work out.

Obviously, it didnt work too well. But one of the things he said was He has small hands and therefore, you know what that means, he has small something else. You can look it up. I didnt say it.

TRUMP: I dont want people to go around thinking that I have a problem. Im telling you, Ruth, I had so many people. I would say 25, 30 people would tell me every time Id shake peoples hand, Oh, you have nice hands. Why shouldnt I? And, by the way, by saying that I solved the problem. Nobody questions I even held up my hands, and said, Look, take a look at that hand.

MARCUS: You told us in the debate .

TRUMP: And by saying that, I solved the problem. Nobody questions. Everyone held my hand. I said look. Take a look at that hand.

MARCUS: You told us in the debate that you guaranteed there was not another problem. Was that presidential? And why did you decide to do that?

TRUMP: I dont know if it was presidential, honestly, whether it is or not. He said, Donald Trump has small hands and therefore he has small something else. I didnt say that. And all I did is when he failed, when he was failing, when he was, when Christie made him look bad, I gave him the a little recap and I said, and I said, and I had this big strong powerful hand ready to grab him, because I thought he was going to faint. And everybody took it fine. Whether it was presidential or not I cant tell you. I can just say that what he said was a lie. And everybody, they wanted to do stories on my hands; after I said that, they never did. And then I held up the hand, I showed people the hand. You know, when Ive got a big audience. So yeah, I think its not a question of presidential

We’ll leave it at that. 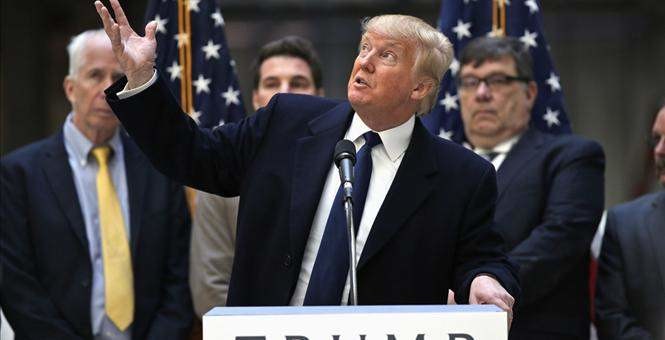