Rashida Jones is apologizing for publicly urging John Travolta to come out of the closet.

In an interview with SpinningPlatters.com, the actress applauded singer Frank Ocean for coming out, and urged Travolta to do the same.

“Like John Travolta? Come out! Come on. How many masseurs have to come forward? Let’s do this,” she said.

After receiving some backlash, Jones issued an apology. “Made a thoughtless comment about John Travolta. I sincerely apologize. Nobody’s personal life is my business.”

Some think the apology was unnecessary.

@iamrashidajones A shame. I thought you were right to do it, and you follow in the steps of the great Carrie Fisher in calling him out.

@iamrashidajones Don't worry about it, NBD – He doesn't have anybody fooled anymore.

@iamrashidajones don't beat yourself up….You just said what everyone else in the world is thinking. People should live life honestly xx 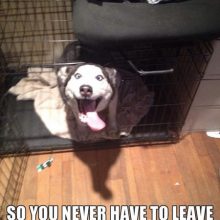