Marly’s Mutt Dog Rescue got a call from a local shelter regarding a French Mastiff named Hooch. The dog was being aggressive towards other dogs and wouldn’t eat, so the rescue’s director Zach Skow decided to step in. When he showed up at the shelter, what he saw sickened him.

When Hooch was discovered, his hears have been hacked off, it was obvious he wasn’t eating, his jaw was either broken or dislocated and his tongue was cut off at the base. 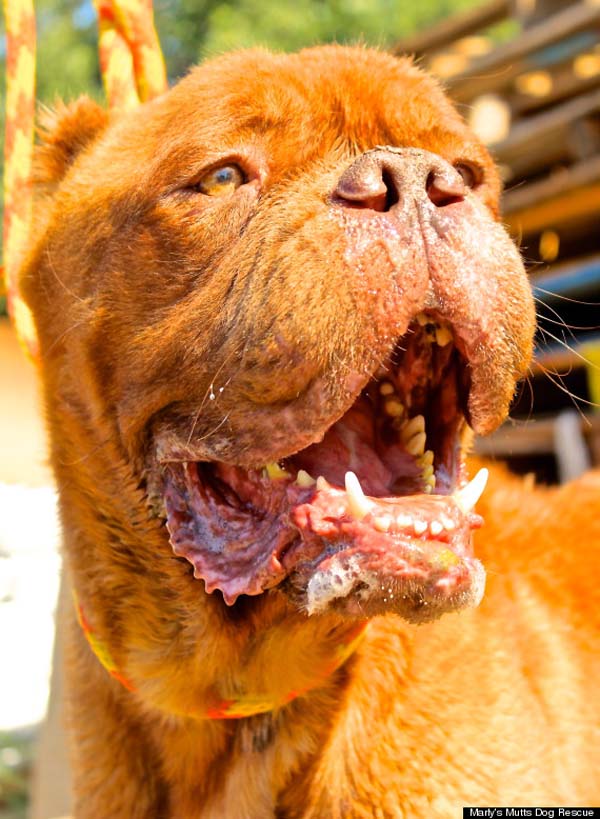 In dog fighting, sometimes the tongues are cut out so that they can’t be latched onto by other dogs. 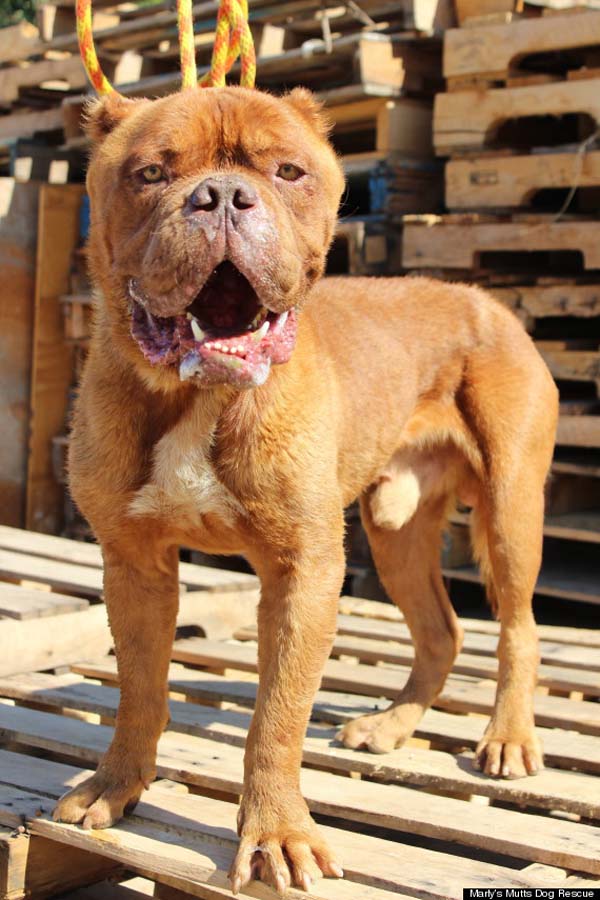 Hooch was given a feeding tube so that he could begin to put on weight immediately, but since his rescue he learned how to drink and eat again. 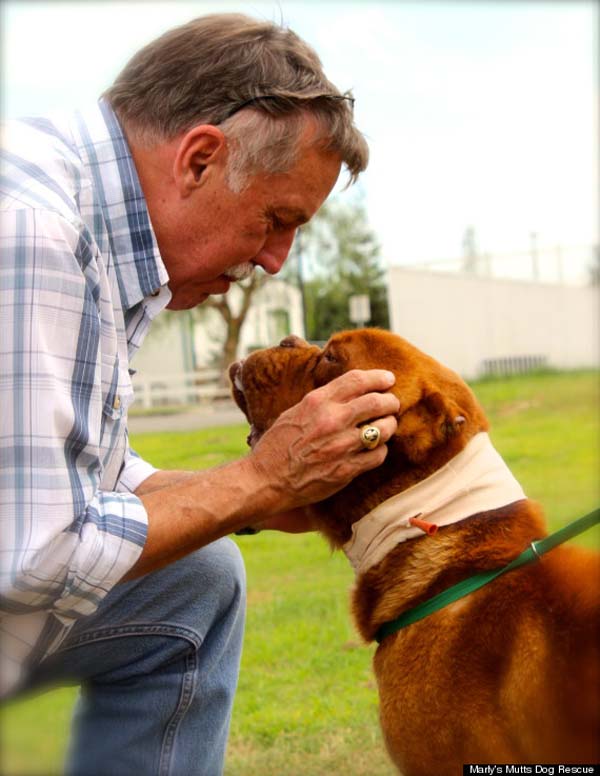 But Hooch isn’t a victim. Today, he is a happy and healthy dog, full of joy. 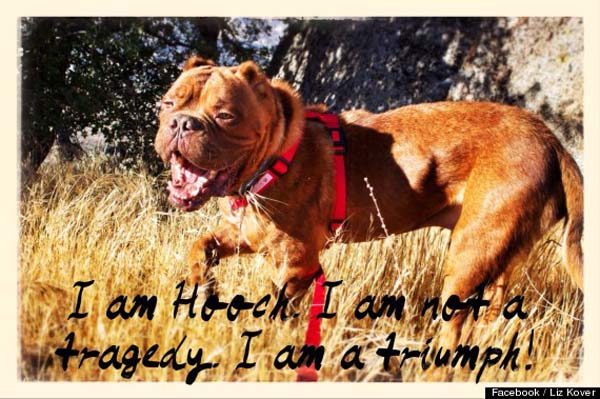 No one knows tenacity and strength of character like Hooch. We could all learn a thing or two from his brave journey.

You should Share this. If it inspires even one person to save another dog, it’s worth it.

ShareTweet
Comments Off on Owners Cut Dog’s Tongue Out But Nothing Keeps Him From Smiling hooch the dog, rescued dog, rescued mastiff, tongue cut out, tortured dog