Everyone Knows That Prison Is Bad. But What You’ll Find In These 25 Is A Horrifying Nightmare. OMG.

Those who commit terrible atrocities deserve to go to prison. However, if a criminal was sentenced to life in any of these prisons, it would be a punishment worse than death. These 25 institutions across the world are infamous for being filled with rape, torture, disease, cannibalism and massacres. It would be more humane to kill the inmates instead of letting them live out the rest of their lives here. It’s appalling.

1.) Stanley Prison, Hong Kong: One of the six maximum security facilities in Hong Kong built in 1937. Before Kong Kong eliminated capital punishment in 1990, it was once a popular place for it. 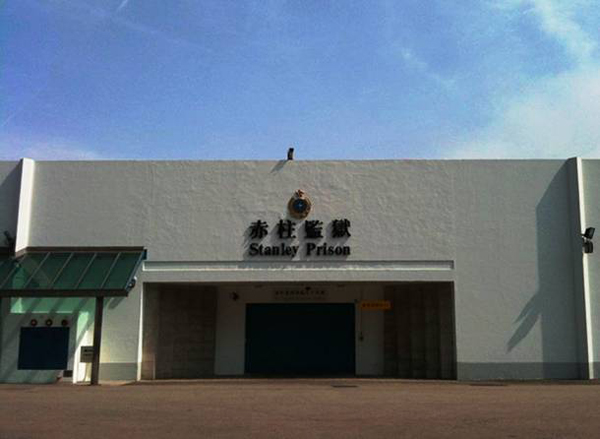 2.) Attica Correctional Facility, New York: This maximum security/supermax has held a number of the most dangerous criminals in the world. It’s famous for the Attica Prison riot on September 9, 1971. 2,200 inmates rebelled and seized the prison taking its 33 staff as hostage. 39 people died. 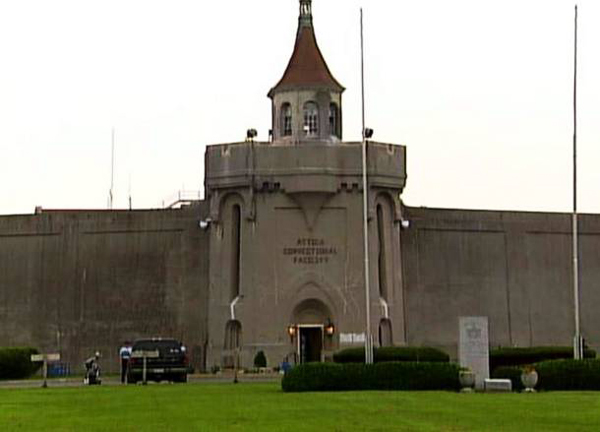 3.) Montelupich Prison, Poland: This was one of the worst Nazi prisons in Poland, used to hold politcal prisoners. “Medieval torture” was used as an interrogation method. 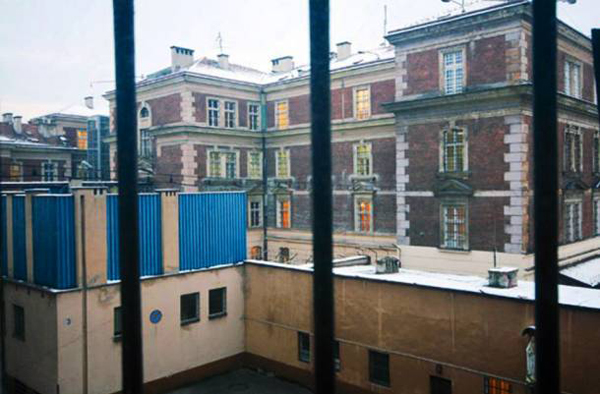 4.) Camp 1391, Northern Israel: This is a camp for “high risk” prisoners. It’s existence was unknown to the public before 2003. Most information about the jail is still classified. 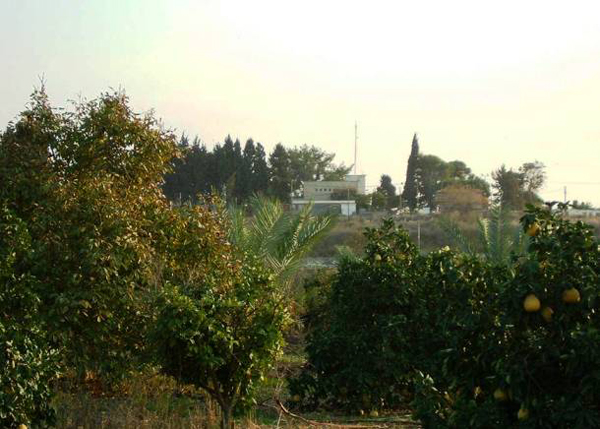 5.) Vladimir Central Prison, Russia: Built in 1783, it was infamous for housing Soviet Union political prisoners. It was common for brutal beatings to occur here, some ending in deaths. The prisoners were also ordered to beat each other. 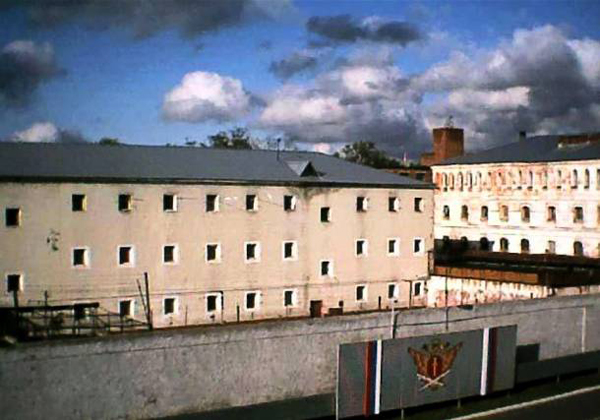 6.) Kamiti Maximum Security Prison, Nairobi, Kenya: The prisoners here are subjected to horrors and squalor inside of this prison. It has earned a reputation for instances of sodomy. Malnutrition, cholera and severe beatings aren’t uncommon. 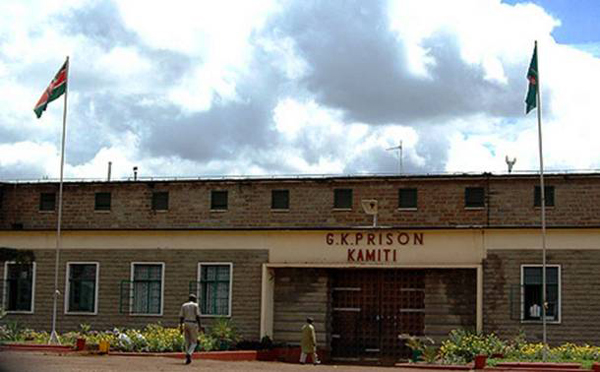 7.) Butyrka Prison, Moscow, Russia: This is the largest central transit prison in Moscow and it’s known for its brutality. It held 20,000 inmates during the Great Purge and thousands of them were executed. There are AIDS and tuberculosis epidemics there as well. 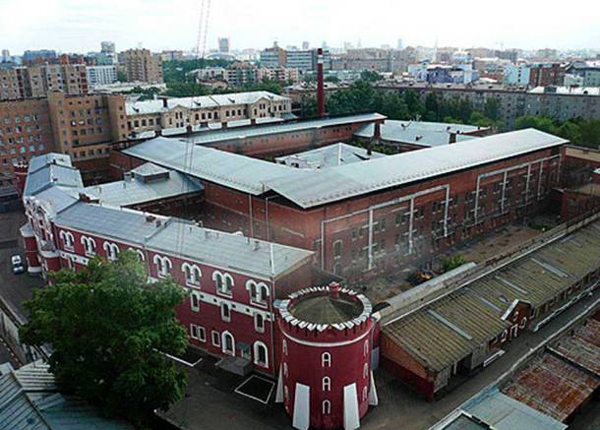 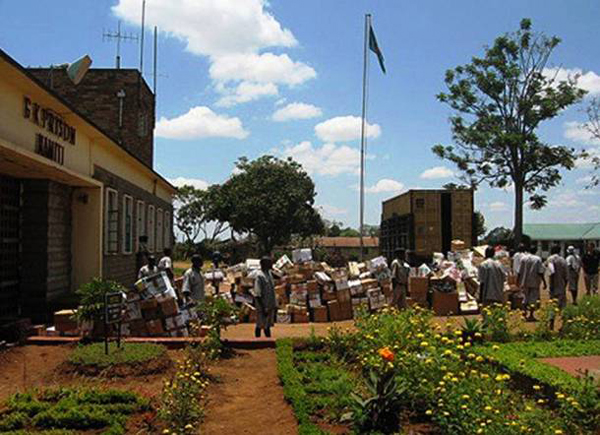 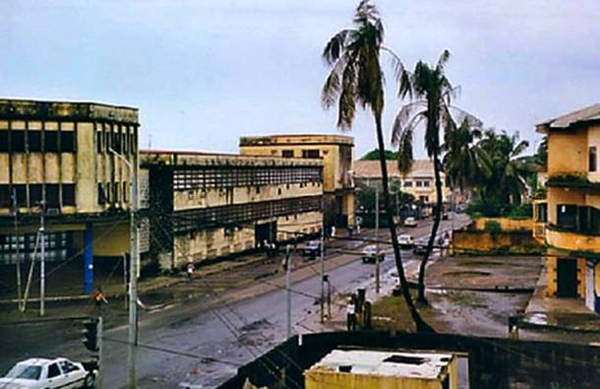 10.) Petak Island Prison, White Lake Russia: This is the Russian version of Alcatraz. It is isolated on White Lake and the prisoners are surrounded by freezing waters and cold snow. 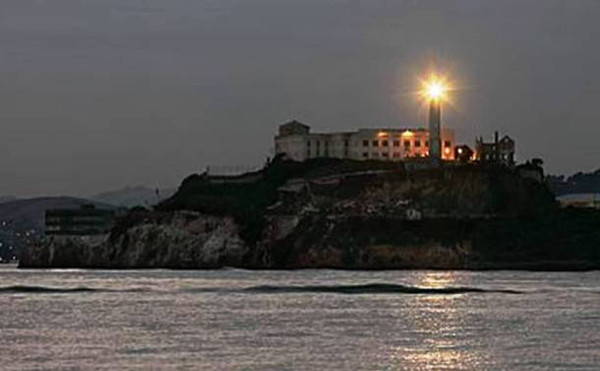 11.) San Juan de Lurigancho, Lima, Peru: This is the toughest prison in South America, it was built to house 2,500 inmates and now holds over 7,000. It has a lax environment where prisoners can buy and sell as well as gamble on cockfights. Visiting prostitutes are common as well. 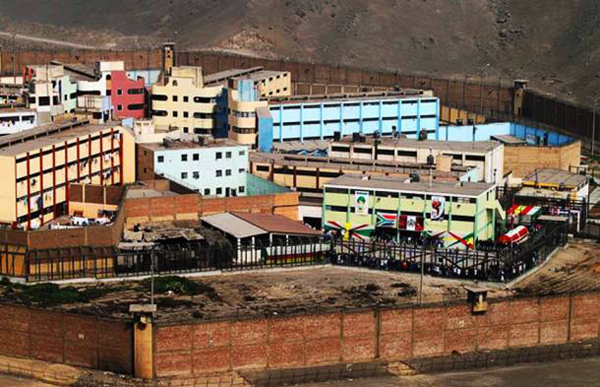 12.) Rikers Island Prison, New York: A brutal prison where beatings were extremely common, this notorious prison even used inmate “enforcers” that were deployed by the guards. It was filled with violence and aggression. 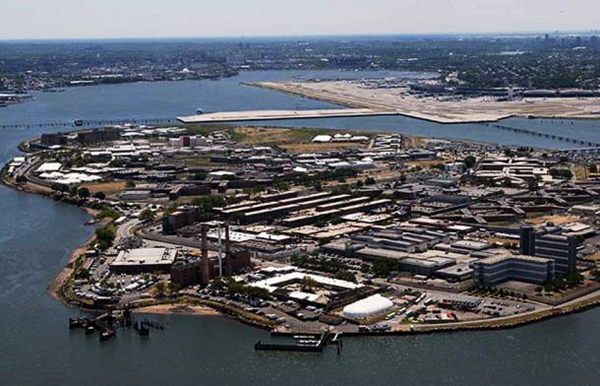 13.) San Quentin Prison, California: The oldest prison in the state, it opened in 1852. Now, it is the largest death row for male inmates in the US. 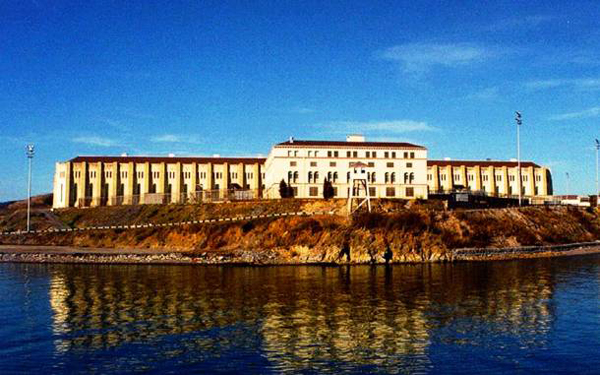 14.) Gldani Prison, Tbilisi, Georgia: Georgia has one of the lowest crime rates in Europe because of its zero toelrance approach, but that means its prisons are filled with tuberculosis epidemics, savage inmate treatment, assaults and more. 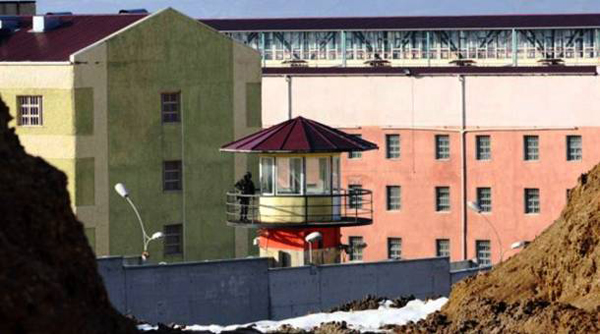 15.) La Sante, Paris: The name means “health,” but the conditions of this prison are terrible. It is overcrowded and torturous treatment there is common. 122 prisoners committed suicide in 2002 and 73 in 2003. They swallowed drain cleaner. 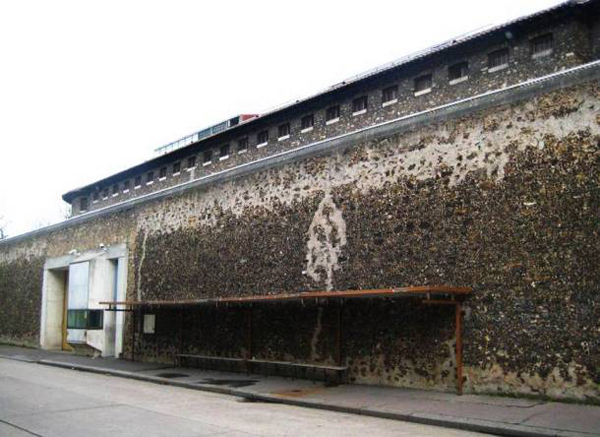 16.) Alcatraz, San Francisco, California: Most know “The Rock,” the famous prison built in the 1920s. The inmates here lost touch with the outside world and were subject to abuse from the guards. 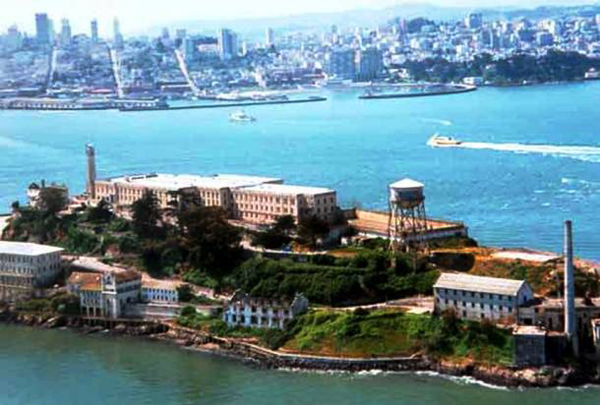 17.) Gitarama Central Prison, Rwanda: This is described as “hell on earth.” Four men are packed together per square yard. Dysentery, gangrene, rotting corpses and cannibalism can be found at this prison. 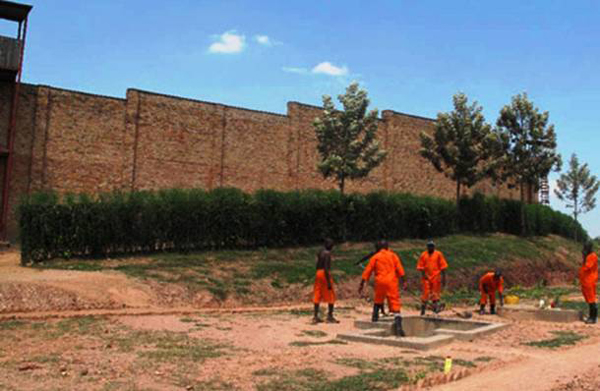 18.) Diyarbakır Prison, Turkey: This prison is known for having the most human rights violations per prisoner. They even incarcerate children for life here. To escape, inmates have committed suicide and set themselves on fire. 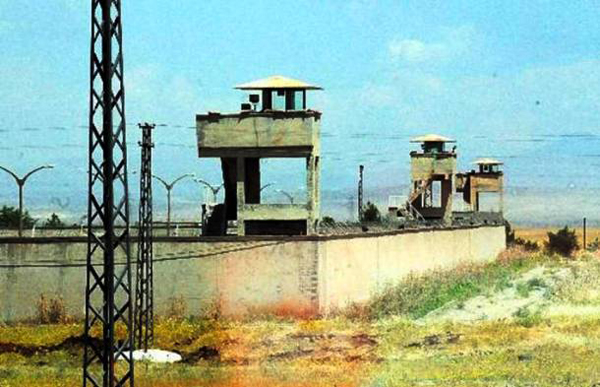 19.) ADX Florence Supermax Prison, Colorado: Prisoners here are isolated from the staff and cannot venture outside of their cell. Many inmates endure psychological torture and end up committing suicide. 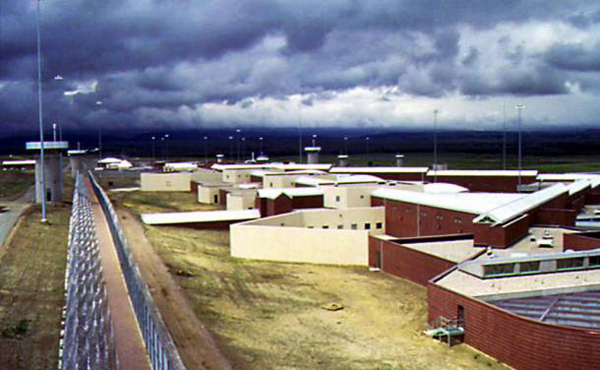 20.) El Rodeo, Guatire, Venezuela: Over crowded and violent, gang fights and sieges have occurred in this prison… without any sign of a solution. 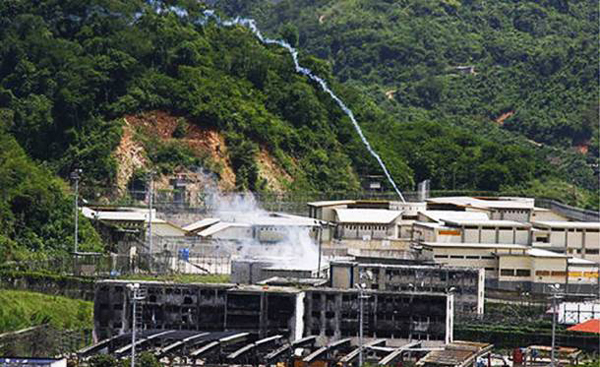 21.) La Sabaneta, Venezuela: This is one of the most brutal prisons in South America. Violence is a daily occurrence. Inmates are often unsupervised, giving them chances to fashion weapons for themselves. 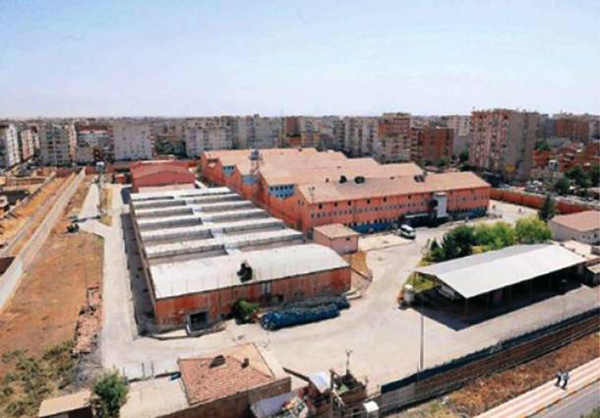 22.) Bang Kwang Prison, Thailand: Many inmates here have gone crazy due to the stress of the first month of detention. It is the most violent prison in Thailand. 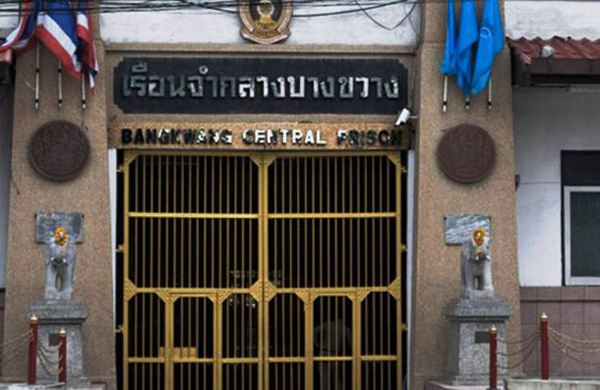 23.) Tadmor Military Prison, Syria: It’s known as the most oppressive prison in the world. Every aspect of it dehumanizes the inmates there. The president of Syria once massacred all of the 2,400 inmates as retaliation for an assassination attempt. 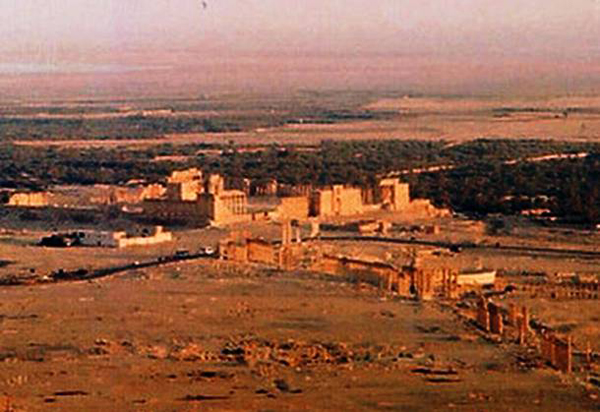 24.) Carandiru Prison, Brazil: Here, riots triggered mass executions by guards. There have been 1,300 deaths in the course of its 46 year history. The human rights violations here are unbelievable. 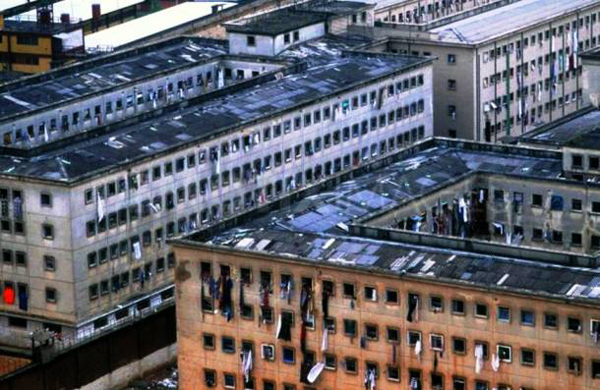 25.) Camp 22, North Korea: This is the notorious Hoeryong Concentration Camp, which has gained international attention in 2012 after its warden defected to China. It has been open since 1965 and holds 50,000 prisoners. Three generations of dissident families have been imprisoned there. The inmates are tortured and used as test subjects for human experimentation. 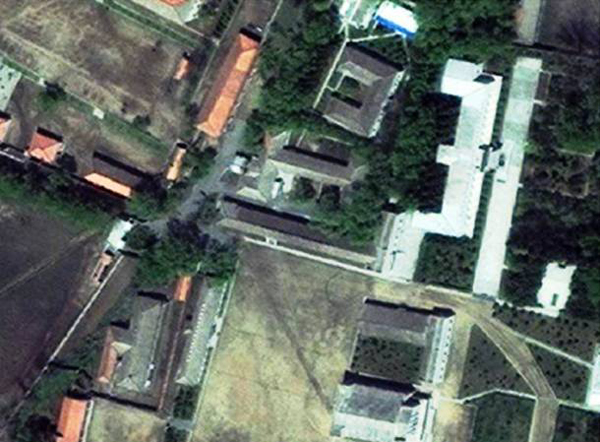 (H/T List25) How can governments look then other way when inmates are being raped, tortured and eaten by other humans? It’s mind boggling. Share the truth about these terrifying prisons … and make sure to never, ever commit a crime again.