Here’s a reality check: the book the actual, physical, hardcover book covering Hillary Clinton’s losing 2016 campaign was published a month and a half ago. That, combined with the fact that it’ll be June 1 tomorrow, would suggest there’s not much more to say about the election. Of course, that’s not the case. Clinton herself spoke atRecodes Code Conference Wednesday and added to her ever-growing list ofall of the people who failed her, includingthe DNC, from which she inherited nothing but bad data, and the New York Times, which covered her email scandal “like it was Pearl Harbor.”

Hillary Clinton appears totally and completely incapable of self-reflection about the email behavior that arguably cost her the presidency.

So much for reflection.

Ken Dilanian appears totally and completely incapable of self-reflection about the false equivalency that arguably cost her the presidency.

She's said it was a bad idea and she's apologized. Would love to hear more about why you think that isn't enough and why media coverage…

Didn't add fuel to an issue that didn't rise to the level the Rs claimed it did. Her server was not hacked, though the DoS was. Colin Powell

Also used his own server, as did others.

We’ve heard a lot of crazy theories about how Hillary could become president, but we don’t think apologizing triggers that re-vote everyone seems to be wishing for.

How many times should she apologize for the emails, Ken? Maybe if she does one more time on her deathbed you'll be satisfied!

How many times have you and the rest of your colleagues self-reflected on the role you all played in this election outcome???

Trump is running around handing out his cell phone # to foreign leaders, tweeting from an unsecure phone…BUT EMAILS!!!

Also, do you not have listening skills? I have heard and read her say she takes blame about ONE BILLION times.

They want to burn her at the stake or for her to literally grovel on her hands and knees. Even that wouldn't do it I don't think.

AHHH! JUST SERIOUSLY STOP WITH THIS NONSENSE. It is like you all want her to grovel in ways you don't require of men, EVER.

I am still angry that you assholes had me believing she did something wrong. At least I was smart enough to research it on my own in time.

Hey, you're suppose to be reporting on intelligence & national security, right? Where were you during the campaign with Russian collusion?

Why weren't we hearing YOUR reports on the Trump campaign investigation going on since July? We just kept hearing "EMAILS"!

I suggest you remove the word "intelligence" from your bio, sir. You clearly have none. 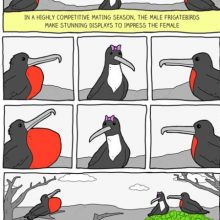 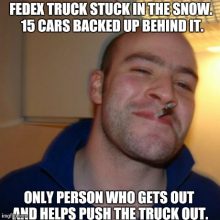