Back in December 2014 we told you about John Adsit, an officer with the Denver Police Department who was critically injured by an out-of-control driver while escorting high school students to a protest of the Ferguson grand jury’s decision not to indict the officer who had shot Michael Brown.

The Denver Broncos honored Adsit before tonight’s playoff game against the Pittsburgh Steelers:

Adsit has endured nearly a dozen surgeries since the accident:

All those surgeries because of a the fake “hands up, don’t shoot narrative”? Sad.

The driver of the car, who had suffered a seizure before striking Adsit, pleaded guilty last year and was sentenced to “6 years Community Correction”: 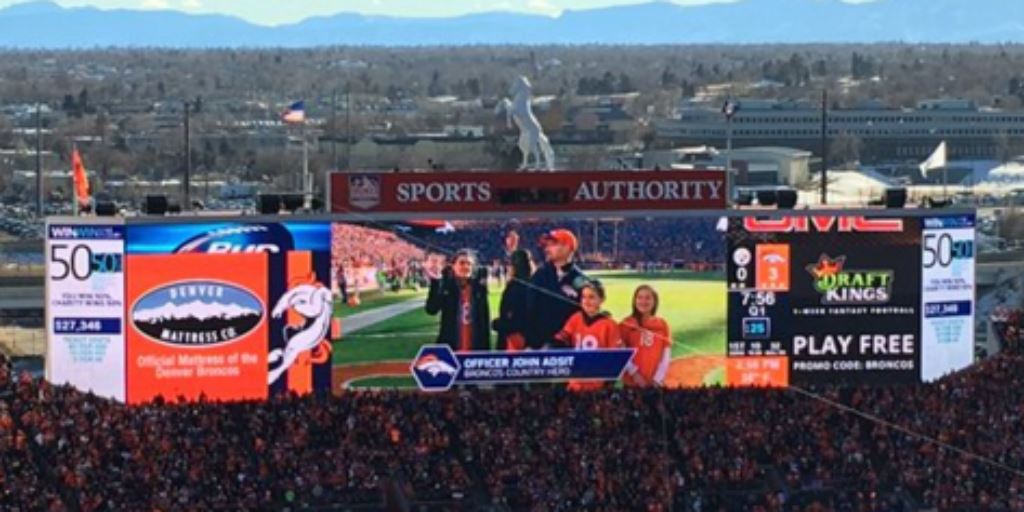