By an overwhelming 98-2 vote, the Senate passed Sen. Bob Corker’s“Countering Iran’s Destabilizing Activities Act of 2017” Thursday, with Sen. Rand Paul and Sen. Bernie Sanders being the only nay votes.

Although the act imposes sanctions on Iran, anamendment which imposessanctions on Russia and blocksthe president’s power to lift or ease those sanctionsgrabbed the most attention in the headlines.

As Corker explained in a statement, the Senate saw the passage of the legislation, and the language connected to the Russia sanctions specifically, as a reassertion of congressional authority following decades of Congress “slowly and irresponsibly” ceding its authority to the executive branch which many assume is a swipespecifically at Donald Trump. For evidence, just check out how happy the vote made George Takei:

Senate voted 97-2 to strip Donald of the power to lift sanctions against Russia. Even Republicans see the puppet strings Vladimir is pulling

By a vote of 98 to 2, the Senate passed my legislation today to strengthen and expand sanctions on Iran and Russia: pic.twitter.com/5SVoDZhg0b

Interestingly, Sanders, one of only two votes against the legislation, had asked last week that the vote be delayed after a terrorist attack in Tehran killed 12 people and injured 40 more.

On a day when Iran has been attacked by ISIS now is not the time to go forward with legislation calling for sanctions against Iran. pic.twitter.com/tGNUDxI2n1 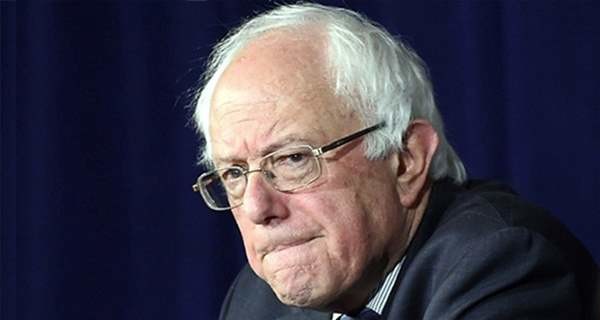