googletag.cmd.push(function() { googletag.display(‘VN_PG_DTAT_ATF’); }); Because we’re afforded so many luxuries in life, we often forget just how precious they are. When you walk outside on a warm summer day, for example, you probably pay no mind to the cool breeze or the soft grass beneath your feet. But these tiny maltese puppies would never take any of that for granted. They were born in a shelter after their mother was rescued, and you’ll melt when you see […]

15 Heroic Men Flipped Overturned Convertible To Save Someone Trapped Inside 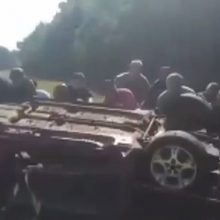 googletag.cmd.push(function() { googletag.display(‘VN_PG_DTAT_ATF’); }); Jonathan Jansen was driving recently in South Carolina when suddenly, things took a turn for the worse. His car flipped upside down. What made that even more horrific was the fact that he was driving a convertible. Stuck in the car and unable to get out, Jansen began to feel hopeless. But just when he was about to give up, 15 heroic bystanders rose to the occasion, flipping the car and pulling him […] 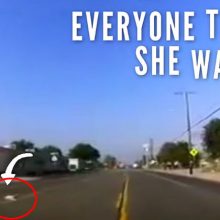 END_OF_DOCUMENT_TOKEN_TO_BE_REPLACED
Comments Off on Everyone Thought This Dog In The Street Was Dead, But Then One Man Decided To Stop animal-rescue, animals, binny-gudjonsson, dog-rescue, dogs, good-deeds, heartwarming, life, near-death, rescue, rescues, touching-rescue 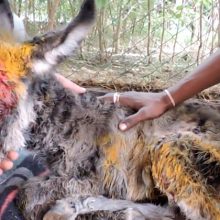 Whenever I was sick or injured as a kid, my mother was always there for me. Part of me actually thinks that her love and attention helped me get better even faster. After Genevieve the donkey was viciously attacked by a wild animal, her mother kept a watchful eye as she recovered. googletag.cmd.push(function() { googletag.display(‘VN_PG_DCBP_ATF’); }); When Animal Aid Unlimited stepped in, Mom was reluctant to let her baby go it alone, but rescuers did everything in […]

END_OF_DOCUMENT_TOKEN_TO_BE_REPLACED
Comments Off on This Donkey Was Rescued After A Vicious Attack And Mom Never Left Her Side animal-aid-unlimited, animal-attack, animal-rescue, attack, daughter, donkey, donkey-rescue, life, mother, rescue

A Dog Was Trapped In This Hut, But Luckily, These Heroes Were Quick To The Rescue

googletag.cmd.push(function() { googletag.display(‘VN_PG_DTBT_ATF’); }); Our friends at Animal Aid Unlimited were called to a collapsed house after neighbors heard the faint whimpering of a trapped puppy. Heavy rains proved to be too strong for the tiny hut, causing the foundation to buckle and the structure to fall in on itself. Upon arriving on the scene, rescuers began the difficult task of digging through the debris and were eventually able to safely pull the tiny pup from the […]

END_OF_DOCUMENT_TOKEN_TO_BE_REPLACED
Comments Off on A Dog Was Trapped In This Hut, But Luckily, These Heroes Were Quick To The Rescue animal-rescue, animal-reunions, animals-aid-unlimited, dog, donate, heart-warming, heartbreaking, life, puppy, puppy-rescue, recovery, rescue

This Orphaned Kangaroo Refuses To Let Go Of His Rescuer, And It’ll Break Your Heart

googletag.cmd.push(function() { googletag.display(‘VN_PG_DTAT_ATF’); }); The world’s cutest orphan just doesn’t want his new daddy to leave, and the resulting footage is so adorable. After little Johanssen was orphaned over seven months ago, he naturally needed to look for new parents to raise him and guide him to maturity. So it’s no wonder that when he took to his rescuer, he never wanted to leave his side. But whenever his newfound father has to leave and tend to […] 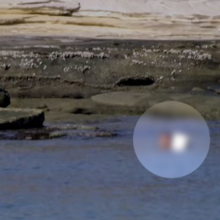 It’s safe to say that most “reality shows” are, in fact, out of touch with reality, right? Well, maybe not. One day, crew members working on the reality show “River Monsters” were filming near a remote island off the coast of Australia. They were looking for one particular monster, as they tend to do, but found something bizarre instead. While they were driving their boat around the island, a cameraman suddenly saw something in the distance. Fortunately […]