Ebola and ‘The Walking Dead’ are trending tonight

http://twitter.com/#!/barrycunningham/status/521395916113072128 You’d think Americans would want a break from the non-stop MSM coverage of Ebola and the threat of an uncontrollable disease, but nope. Fans of “The Walking Dead” are ready for Season 5 to begin, regardless of what’s happening on the national news: @WalkingDead_AMC Walking dead vs Sunday night football Edge= #TheWalkingDead — Elite Matt Ryan (@FauxMattRyan) October 12, 2014 Best Sunday in a long time: The @Browns beat the Steelers and tonight @WalkingDead_AMC returns. #WhatsGoodCleveland — […]

END_OF_DOCUMENT_TOKEN_TO_BE_REPLACED
Comments Off on Ebola and ‘The Walking Dead’ are trending tonight Ebola, the walking dead, twitter

http://twitter.com/#!/BradThor/status/517070336093728769 He’s right about zombie movies and yesterday’s CDC briefing on Ebola was straight out of Hollywood, but should we ignore our concerns and trust the Obama administration when it says everything is under control? Here’s your answer, via Brad Thor: Yes, we totally handed out lab coats to bamboozle you re: #Obamacare, but you need to believe us now re: #Ebola pic.twitter.com/p8iO3OqK8X — Brad Thor (@BradThor) October 1, 2014 We hope the good doctors at the […]

END_OF_DOCUMENT_TOKEN_TO_BE_REPLACED
Comments Off on Brad Thor nails it on why we should be worried about Ebola Brad Thor, Ebola

http://twitter.com/#!/sepepper/status/520907836738789376 The family of Thomas Duncan, who died at a Dallas hospital after flying from Liberia to the U.S. where he was diagnosed with Ebola, is considering a wrongful death lawsuit: Family of #Ebola victim eyes lawsuit http://t.co/WFVebYFrIP by @sarahnferris — The Hill (@thehill) October 10, 2014 Radio host Larry Elder has questions: Help me out. #Ebola Liberian lied to arrive; potentially exposed others; got care on our dime–AND FAMILY THREATENS TO SUE?!!! #Ungrateful — Larry Elder (@larryelder) […]

http://twitter.com/#!/michellemalkin/status/525455389220159488 Bin. Go. Protocol breaches that aren’t protocol breaches. Self-monitoring snafus. What’s next? Oh, just this: @AceofSpadesHQ @gabrielmalor Hard to believe this guy had zero symptoms until this morning, when suddenly his fever was 103 — Allahpundit (@allahpundit) October 23, 2014 Yep. That is hard to believe. Especially when the New York Times is now reporting that the doctor who has tested positive for Ebola felt “sluggish” … TWO DAYS ago. From the NYT: Tuesday. You know, […]

http://twitter.com/#!/CaseyMattoxADF/status/522801100026826753 Rep. Henry Waxman continues to amaze at a House subcommittee hearing on the Ebola response. Waxman’s already lied by connecting Ebola in the U.S. to budget cuts, and when the question of potential travel bans arose, Waxman implied such a move would be anti-immigration: So Henry Waxman just compared a travel ban to immigration restrictionism. You go right ahead and make the restrictionists' case for them — John Podhoretz (@jpodhoretz) October 16, 2014 Yes, Henry Waxman […]

I’ve played Pandemic enough to know how to stay safe from Ebola. 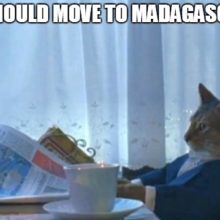 END_OF_DOCUMENT_TOKEN_TO_BE_REPLACED
Comments Off on I’ve played Pandemic enough to know how to stay safe from Ebola. Ebola, i should buy a boat cat, memes
« 1 2