Obama: Mitt Romney is a time-traveling, robot vampire from the future

He's a managing director at Bain. And he was actually working at Bain when the GST Steel went under, unlike Romney. @LordHector

See, Mitt Romney was no longer even working at Bain Capital when GST Steel, the focus of Obama’s ad, went under. Yet magically he is still to blame for it. Mitt Romney is the new George W. Bush!

Lavine, according to the Los Angeles Times, is a top Obama bundler and a managing director at Bain Capital. Lavine, who has raised over $100,000 for the president, was at the firm when GST Steel declared bankruptcy. So according to the Obama team’s logic, Romney, who had left Bain, is responsible for GST Steel’s demise, but Lavine, who was there, is not? Expect to hear more about this connection.

That, or he is super cool and can time travel. And so, #RobotVampirefromthefuture was born.

Mitt Romney set in motion the events that will make me spill coffee on my pants in ten minutes. #RobotVampireFromTheFuture

Mitt Romney knew there'd be a Spiderman sequel, but he let it happen anyway. #robotvampirefromthefuture

Well now, those are fighting words!

In 1999, when #robotvampirefromthefuture found out a HS classmate was gay, he traveled back in time to shave his head

Mitt Romney set same-sex marriage in motion by shutting down Bain Capital to search for a lost Gay in New York. #RobotVampireFromTheFuture

ShareTweet
Comments Off on Obama: Mitt Romney is a time-traveling, robot vampire from the future 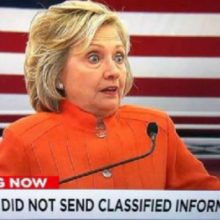 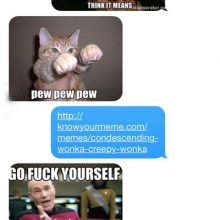