L.A. County Coroner’s official may have been murdered; Whack nut conspiracy: he was killed by Obama Administration

Many Twitter users are under the impression that Cormier was responsible for investigating the cause of Andrew Breitbart’s death:

The Coroner Investigating The Death Of BREITBART Dies Under 'Mysterious Circumstances' http://t.co/rjxqczP6

Some strongly hinted at some kind of shadowy conspiracy:

@southrngirl77 I so agree with you. This is getting scary.

At least one Twitter user accused the Obama Administration of assassinating both Breitbart and Cromier:

Sooo coroner for Breitbart died mysteriously by poisoning…..this country is smelling more like the USSR everyday.

Like Breitbart and then the coroner for Breitbart? RT @rrdurbin: By assassinating citizens Obama (cont) http://t.co/VjVJnNlS

So far, Twitchy has been unable to find any reputable source documenting that Cormier was involved in any way with the Breitbart case. If any such evidence emerges, we will update this post.

For sane people who truly care about Breitbart, here’s where to send donations to his children’s memorial fund:

ShareTweet
Comments Off on L.A. County Coroner’s official may have been murdered; Whack nut conspiracy: he was killed by Obama Administration 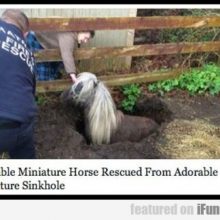