He made these comments to journalist Ben Smith and others at a Bloomberg-sponsored breakfast.

Interesting that Bush made a point of praising a Democrat governor. We wonder if he had anything nice to say about Govs. Bobby Jindal, Nikki Haley, Bob McDonnell, Chris Christie, Jan Brewer, John Kasich, or Scott Walker.

Channeling Meghan McCain, Bush clearly believes the Republican Party has been taken over by far-right radicals:

Jeb Bush: "Ronald Reagan would have, based on his record… would have a hard time [getting nominated]" in "temporary" state of GOP now.

He also continued his obsession with attracting support from Hispanic voters and appeared to pooh-pooh the importance of “rule of law” (presumably as it relates to illegal immigration):

Bush to Mitt: "Needs to campaign in Hispanic communities..Economic issue as much as it is a question of the rule of law…education"

The former Florida Governor recently said he supports tax increases to cut the deficit and reportedly would accept the VP slot if asked.

Exactly! RT @danislett Jeb, oh Jeb…. If this were true, there's no way Romney would be the nominee. http://t.co/yoUf1IiT #tcot

I haven't even read the particular concern trolling about Reagan, but I can guarantee you he would win the GOP nomination today. #tcot #p2 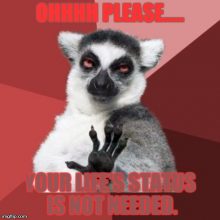