Egyptian Activist Sentenced To Five Years In Prison For Protest

Abd el-Fattah is a well-known pro-democracy activist who played a key role during the 2011 uprising in Egypt. He has been imprisoned twice before, first for 45 days under the rule of former president Hosni Mubarak, and then again for two months in 2011 by the then-ruling Supreme Council of the Armed Forces.

On Monday, he stood in court along with 24 other defendants in a retrial on a variety of charges including taking part in an unauthorized protest in 2013. All of the defendants were sentenced to a 15-year jail term in June 2014, but were granted a retrial after the presiding judge recused himself from the case.

All of the defendants were arrested during a November 2013 demonstration near Tahrir Square, where they called for Egypt’s new constitution to ban military trials for civilians. They were among the first arrested under Egypt’s new protest law, which bans all protests unless approved by police.

On Twitter, Egyptians responded with anger to the verdict.

Mubarak & most of his cronies hv been acquitted. Activists are jailed for daring to protest. The old & corrupt vs the young & revolutionary

This Vine shows the courtroom erupting into chants of “down, down with military rule” after the verdict was read.

In a separate court case, Al-Jazeera journalists Mohamed Fahmy and Baher Mohamed appeared in Egyptian court Monday to begin their retrial. The men were freed on bail last week after spending 411 days behind bars for “spreading false information” and aiding the now-banned Muslim Brotherhood movement.

A third journalist tried alongside them, Australian national Peter Greste, was deported from Egypt on Feb. 1 under a new law passed by the Egyptian government. Fahmy, who holds dual Egyptian-Canadian citizenship, revoked his Egyptian citizenship with the understanding that he would be deported to Canada.

On Monday, Fahmy’s lawyers said that there was no further information regarding his deportation, but that Egyptian authorities had “lost” his Canadian passport, leaving him with no official form of ID. Lawyers for Mohamed, meanwhile, said that as he holds only Egyptian citizenship he would need to receive honorary citizenship from a third-party country in order to be set free.

The case of Fahmy and Mohamed has been postponed to March 8. Until then, they will remain in Egypt, on bail. 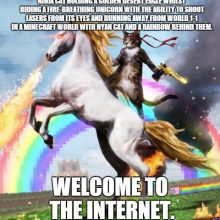 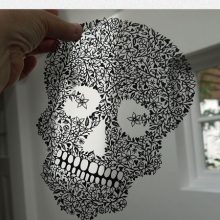