Zing! That should say it all.  But, there’s more. President Obama held a fear-mongering news conference today on the upcoming sequester cuts.

I’m late to this presser, has Obama mentioned the military/national security at all?

And by “presser,” I mean Obama talking into a television for a while then walking away.

Lapdogs got the most pressing issue of the day out of the way first. Boy, they sure were upset at being shut out of that golf outing, huh?

Ah. The important things. RT @whpresscorps: Press finally gets question to Obama after golf weekend: ‘Did you beat Tiger?’

And then this happened.

How dare Obama speak of ideological rigidity.#POUTUS is the more ideologically driven President in US History.

Ideological Rigidity? That is the Obama trademark. Who is he kidding. He is the illogical ideologist in Washington.

Obama’s approach to “bipartisanship” is like egging your neighbor’s car, then inviting him over for dinner.

And serving eggs. RT @mattcover: Obama’s approach to “bipartisanship” is like egging your neighbor’s car, then inviting him over for dinner.

But his door is totally open!

“My door is open. I’ve put tough cuts and reforms on the table. I’m willing to work with anybody to get the job done.” —President Obama

That would be hilarious, if it wasn’t so infuriatingly outrageous.

Obama always says “my door is always open”. Nothing but lies. It’s his way or nothing, period. #presser

Limbaugh On Obama Saying “My Door Is Open”: “This Is A Deranged Mind” bit.ly/XsiGqf VID

Obama claims his “door is open,” but reality says something totally different. He lies about GOP positions and claims they have no ideas…

“But I will be on the golf course.” RT @jamiedupree: Obama: “My door is open”

Obama says “his door is open,” but he slammed it shut and turned out the lights when our heroes in #Beghazi rang the bell. #LeadershipIsHard

Jackie Calmes NYT asks: “Why doesn’t he knock on their door?” after Carney’s suggestion Obama has an open door.

Zing! Answer: Because leadership is hard.

And these Twitter users sum it all up for lapdogs in the media who still don’t get it.

I think it’s hilarious how the media types still haven’t figured out that Obama is full of shit when he talks about bipartisanship. #tcot

Obama honestly does want bipartisanship. As long as its Republicans working on HIS agenda then he considers himself bipartisan #tcot

“Compromise” in Obama vernacular is not bipartisan cooperation rather it means do it his way or its the highway! 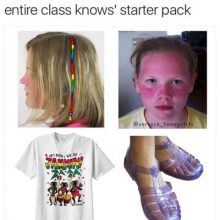 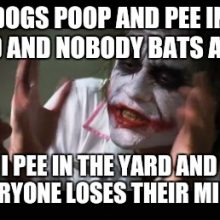