Soulful young singer Joshua Ledet was eliminated last night from American Idol, setting up the finale next week between pop diva-in-training Jessica Sanchez and Dave Matthews/Bob Seger-ish groove crooner Philip Phillips. Idol’s producer Nigel Lythgoe took to Twitter to answer questions about the vote results and to share a few other tidbits. His little revelation above about the wild swings in this season’s top vote-getter slot is newsworthy given how closely the show guards such information. (Related info about past vote controversies here.)

Next week #IDOL finalists will sing:- 1.Their favorite song of the series. 2. A song chosen by Simon Fuller. 3.Their individual #new-single.

I promised I would reveal my favorite when they were voted off the show so….. it was Joshua. However, I am thrilled for Jessica & Phillip.

RT @menchie_43: I think he's the real favorite of the 3 judges. Am I correct? @2PeachPonders [I BELIEVE COLTON WAS A FAVORITE AS WAS SKYLAR] 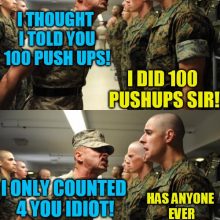